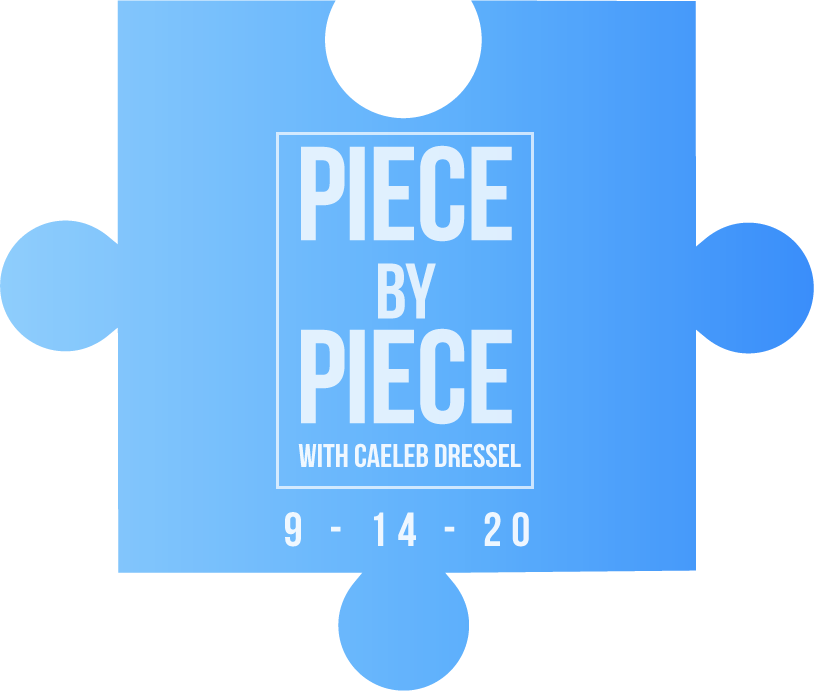 Piece by Piece
Replay package of 11 courses with Caeleb Dressel

Piece by piece with Caeleb Dressel is an 11-piece on-line program designed to help swimmers and athletes with mental training, motivation, technique, health & fitness. In this interactive on-line webinar, Caeleb will share his secrets for success that have propelled him to achieve world success in his career.
THE LIVE COURSE HAS ALREADY TAKEN PLACE.  IF YOU PURCHASE THIS COURSE YOU WILL HAVE ACCESS TO WATCH ALL THE REPLAYS FROM THE LIVE SESSIONS.  THERE WILL BE NO LIVE SESSIONS WITH THIS COURSE AND NO PERSONAL INTERACTION WITH CAELEB DURING THE REPLAYS.

Subscription to replays will expire on December 31, 2021.
Write your awesome label here.

Learn from the Best

Caeleb Dressel, Olympian, World Champion & World Record Holder is hosting an  11-piece on-line program designed to help swimmers and athletes with their mental game, motivation, technique, goal-setting, health & fitness. In this interactive on-line webinar, Caeleb will share his secrets for success that have propelled him to achieve gold in his career.

We are all facing unprecedented times. With so many pools and gyms closed, it is difficult to stay focused. At times, it can feel lonely, even for me. So I decided to create a program that would bring us together.  Instead of just one class, I developed a 3-week webinar where I can see you all grow as athletes. I feel this program will not only help you as an athlete, but also help you focus in your every day life. So join me on September 14, 2020 for a fun course designed to help us all be BETTER TOGETHER - PIECE BY PIECE!  - Caeleb Dressel

Miss a Piece? or
Need a Refresher?

If you missed the live session with Caeleb, you can catch up with the class the day after the Live session takes place. Or you simply may want a refresher to watch it again. Either way you have access to each live lesson that was recorded the day after the lesson was taught live. There will only be one replay per class per session purchased.

WHAT IS YOUR MISSION?

One of the most important things you can do is create a mission statement. This statement is something that will help guide you through your life. As you grow, it may change, but it is important to start. Think about what your purpose is. What makes you unique? What do you want to do in life? What is important to you?  Each of you have something special that God wants you to share with the world. I hope to hear some of your mission statements during our 3-week program.
Meet:

Caeleb Dressel is an American swimmer who has won multiple golds at the Olympics and World Championships, holds multiple World and American records, and is considered the fastest swimmer in the world today